One of the meanings of the word Tahajjud is to give up sleep. In the religious sense it means to wake up in the later part of night to pray Nafal prayers. Tahajjud was prescribed in the initial period of Islam which is also known as Meccan Period.

Most people confuse Qiyam ul Layl and Tahajjud. Qiyam ul layl is more general of the two and can include praying salah as well as other zikr. It can also be before sleeping or after it. However tahajjud is exclusively praying. There is difference of opinion regarding tahajjud. Some fuqaha are of the view that tahajjud only applies to praying after sleeping. However most fuqaha believe that it means praying at any time regardless of sleeping or not. 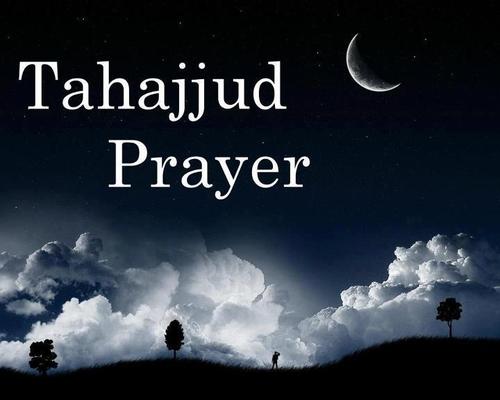 Tahajjud is Sunnah muakkadah which means it is a confirmed Sunnah. Tahajjud has been consistently mentioned in Quran as one of the attributes of the pious and noble ones. Allah says in the Quran:

"And some part of the night keep vigil for it as an additional prayer for you; maybe that your Lord will raise you up to a praised position." – Al Israa (17:79),

This ayat is interpreted differently by different scholars. Some scholars claim in the light of this verse of Holy Quran that Tahajjud was mandatory (farz) for the Prophet (saw) but for the ummah of the prophet, it is simply optional (nafl). However there is difference of opinion regarding this. There are further references to tahajjud in Surah Muzammil.

"O you wrapped in garments (i.e. Prophet Muhammad saw)! Stand (to pray) all night, except a little. Half of it or a little less than that Or a little more. And recite the Qur’aan (aloud) in a slow, (pleasant tone and) style. Verily, We shall send down to you a weighty Word (i.e. obligations, laws). Verily, the rising by night (for Tahajjud prayer) is very hard and most potent and good for governing oneself, and most suitable for (understanding) the Word (of Allaah)" – Al Muzzamil (73:1-6)

"The best prayer after the obligatory prayer is prayer at night." – Muslim (1163)

"You should pray qiyaam al-layl, for it is the custom of the righteous who came before you and it brings you closer to your Lord, and expiates sins and prevents misdeeds." – Al Tirmidhi (3549)

"In Paradise there are apartments the outside of which can be seen from the inside and the inside of which can be seen from the outside.” A Bedouin stood up and said: “Who are they for, O Messenger of Allaah?” He said: “They are for those who speak good words, feed others, fast regularly and pray to Allaah at night when people are sleeping." – Al Tirmidhi (1984)

Tips to make it easy to wake up for Tahajjud

All the religious rulings set aside, there are some critical ‘problems’ in the path of adopting tahajjud as part of our everyday lives. How can I pray tahajjud when I have a 9-5 job? This is the question that most people would have in their heads. Also anyone who has ever been to the masjid for fajr prayer can attest to the condition of Muslim ummah these days. The same masjid that would house 10 or more rows of worshippers in a prayer like zuhr or Asr barely has one complete row of worshippers at fajr! For some Muslims, unfortunately they don’t attach much importance to prayers, so it’s a no-brainer why they wouldn’t pray fajr. However there is definitely a large group of Muslims who do want to pray fajr with jamaat, however either because of inability to wake up because of sleeping late, sleep issues or simply because of their job timings, they are not able to make it. So if this is the case for fajr which is actually a mandatory farz salah, thinking about tahajjud is out of question. So there has to be a fundamental shift in sleeping patterns and way of living to allow for praying of tahajjud!

Let’s look at few things we can do to make it easy for us to make tahajjud and fajr and not hurt our livelihood and health in the process. Sleeping right after Isha salah should be encouraged because this allows for considerable time to get a good night’s sleep until tahajjud and fajr. Tahajjud doesn’t have to be long, it can only be praying a few nawafil which could even just take 10 minutes. Unfortunately these days most of us have our tea and dinner hours after Isha! Foods like rice and oily foods could be avoided since most people report difficulty in easily waking up after eating these foods. These foods vary from person to person and depend on medical conditions as well. The other thing we can do or try to do is to negotiate different timings of work with our bosses. If we start our job just an hour or couple of hours after fajr, we will end early as well. This would allow one to start their day straight away and hence end early and then sleep early as well. The other thing is to look into entrepreneurship. Running a business is no easy task and is not even suitable for a lot of people because of their financial, family condition or simply their work ethics. However one of the major advantages of a business for a practising Muslim can be that he can allocate his time to ibadah as he wishes. Lastly but not the least it is the imaan and belief that our religion should take priority over any other Worldly affairs. I know it’s not easy but at least this should be the focus of every Muslim and in my experience if we pray to Allah with the right intention of making our deen easy on us, it will eventually become much easier for us. May Allah make it easy for all of us to follow the right path and also act as guidance for the rest of the mankind, Ameen!

Hijab is obligatory for Muslim men as well as women. It has been commanded not only in countless hadiths but a lot of Quranic verses also talk about Hijab. Hijab for men is mostly lowering their gaze in front of non-mahram women and covering their bodies from navel to knees. However for women it involves covering almost all of their body. If you are confused about this, please visit what is hijab to read further on this topic.

If you are in UK or Europe and would like to buy hijabs, hijab pins or other hijab accessories for women, please visit hijab online UK

Kimberly Khan is a social activist, blogger & human rights campaigner. She has worked in IT security for several years and also has a Masters Degree in Business Communication and Ethics. She reverted to Islam couple of years ago after reading Quran and researching Islam for years. Islamic history and literature is another topic she writes about a lot. Currently she is working on Hidden Pearls of which she is also a co-founder.

Login to salahtimes using your email address and password.

Register as a new user

We Need Your Consent