The topic I'm going to write about today is a controversial topic however I believe that it is an issue that must be tackled. A few days ago on my Instagram account a sister left a comment on one of the pictures I had posted months ago. I am posting the photo here to help you understand the context of the discussion.

The comment was that niqab has nothing to do with Islam. When I tried to explain to the sister that niqab is actually an integral part of Islam, she went further and claimed even the hijab (headscarf) is a tradition and it has got nothing to do with Islam. Unfortunately this is not the first time but I have heard a Muslim sister or a brother say such a thing. It is quite a common misconception among lot of Western born Muslims that Hijab was not part of Islam in the early days and rather it was added later on as a result of local customs and traditions.

I will inshaAllah today try to remove such doubts by providing evidence from the Holy Quran and the Hadiths itself. I will also quote several authentic Islamic scholars opinion on hijab and niqab.

One of the arguments that is usually presented is that if the hijab was mandatory why do we not have to wear it in Makkah. This sounds like a convincing and strong argument however it is incorrect on several levels. First of all, there is no Islamic ruling that Muslim women should not take hijab in Makkah. I think most people are confusing this with actually ruling given on the state of Ihram. There is definitely a ruling for women to not cover their faces while being in the state of Ihram. The exact words of Prophet (salattu wasalam) were “The woman in Ihram should not wear niqaab or gloves”. This is a restriction which can be compared to the one that is for men to not wear undergarments, socks and hats etc. This doesn’t mean that women should not cover their face when they are in front of non-mahram men. In fact, the evidence is in the hadith of Aisha (ra) who said: “We were with the Prophet (peace and blessings of Allah be upon him) in ihraam, and when men passed by us, we would lower the khimaar on our heads over our faces, and when they moved on we would lift it again.” Should any Muslim in the right frame of mind question Aisha (ra) aka the mother of believers? Aisha (ra) was subhanAllah such an authority on Islam that even the Sahabas (ra) used to consult Aisha (ra) after the death of Prophet (saw)!

Another argument proponents of this school of thought present is that if niqab was mandatory why hasn't Niqab been mentioned in the Holy Quran. This is funny one at least to me. I mean Quran was never to meant to be an A-Z encylopedia of life! For example Quran mentions Salah so many times, however not even once it is mentioned as to how Muslims should actually pray Salah! Like Salah there are so many things in Islam that are not mentioned in detail in Quran itself, however our Prophet Muhammad (saw) who Allah sent as a guidance to mankind, showed us through his character and actions the technical details of such matters. Furthermore Hijab has been mentioned in the Quran as we will discuss in the next section!

What the Noble Quran says about Hijab and Niqab

“And tell the believing women to lower their gaze (from looking at forbidden things), and protect their private parts (from illegal sexual acts) and not to show off their adornment except only that which is apparent (like both eyes for necessity to see the way, or outer palms of hands or one eye or dress like veil, gloves, headcover, apron), and to draw their veils all over Juyoobihinna (i.e. their bodies, faces, necks and bosoms) and…..And let them not stamp their feet so as to reveal what they hide of their adornment. And all of you beg Allah to forgive you all, O believers, that you may be successful” – Al Noor (24:31)

The jayb (pl. juyoob) is the neck opening of a garment and the khimaar (veil) is that with which a woman covers her head. If a woman is commanded to draw her veil over the neck opening of her garment then she is commanded to cover her face, either because that is implied or by analogy. Further, Allah (swt) asks us not to stamp our feet so as to not tempt the desires of others. Which is the greater source of temptation – a man hearing the anklets of a woman whom he does not know who she is or whether she is beautiful, or whether she is young or old, or ugly or pretty? Or his looking at a beautiful youthful face that attracts him and invites him to look at it? Should there be any doubt left that hijab and niqab are actually obligatory after reading this verse?

“O Prophet! Tell your wives and your daughters and the women of the believers to draw their cloaks (veils) all over their bodies (i.e. screen themselves completely except the eyes or one eye to see the way). That will be better, that they should be known (as free respectable women) so as not to be annoyed. And Allah is Ever Oft‑Forgiving, Most Merciful” – Al Ahzaab (33:59)

Explaining this, one of the exemplary companions of the Prophet Muhammad (saw) Ibn Abbas (ra) said: “Allah commanded the believing women, if they go out of their houses for some need, to cover their faces from the top of their heads with their jilbaabs, and to leave one eye showing.”

What the Sunnah of Prophet (SAW) says about Hijab and Niqab 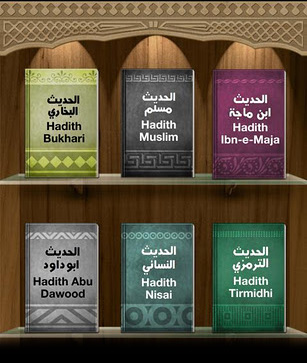 Aisha (ra) the Mother of the Believers and Abd-Allah ibn Masood (ra), who were both known as scholars with deep insight, said that if the Messenger (saw) had seen from women what they had seen, he would have prevented them from coming to the mosques. This was during the best generations, so what about nowadays?!

The Messenger of Allah (sa) said: “Whoever lets his garment drag out of pride, Allah will not look at him on the Day of Resurrection.” Umm Salamah said, “What should women do with their hems?” He said, “Let it hang down a handspan.” She said, “What if that shows her feet?” He said, “Let it hang down a cubit, but no more than that.” – Saheeh al Tirmidhi

I can see why some women and even men feel that covering the face or hair is very excessive and modest dressing should be enough. This thinking is because of the culture and climate of wanton nudity and obscenity that we experience daily in our lives. It is no secret that many women in the West consider displaying their skin in public as one of their basic human rights! YOLO (You Only Live Once) and terms like Sexual ‘Revolution’ are the indictors of how some societies think today. The depravity of bearing it all when you are on a beach, or in a night club or even in office parties has totally resulted in breakdown of most important fabric of any society i.e. Marriage. Divorce rates have skyrocketed, and having an affair is almost second nature to many such ‘strong and independent’ women in the West. This is a topic for another article however.

However the society wasn’t always like this. Before the onslaught of Western ‘moral’ and ‘ethical’ values, majority of the countries around the World were actually very conservative. This is hard to imagine for someone who was born 10-20 years ago and are accustomed to see women in skimpiest bikini for any range of products ranging from a shaving cream advertisement on TV to an award ceremony being held for any sports association. However if we go a little back in time and look at the lifestyle of women even in countries that pride on obscenity and fornication today, we find images of women wearing loose modest clothes. Most of them even covered their hair with hats! In such societies, breasts and hip sizes were not on display for every man on the street! So what was the measure of beauty for the women then? Well most of the times it was a woman’s face!

Many poets in the 60s and 70s describe features like eyes, lips and cheekbones when trying to describe a pretty woman! How different it is today’s songs and movies where there is no shame in mentioning a woman’s bust size and how she ‘performs’ in bed etc.!

In a society where morality is still observed and where female flesh is not used for selling merchandise or for male gratification, face and hair still are the most important measure of beauty. Hence covering of the face and hair is simply rational in this sense when Islam commands us to hide our beauty.

Last but not least!

We must never forget that the Satan flows through the son of Adam like blood! Anything we can do to weaken his control on us and bring ourselves closer to Allah, we must strive to do it. Prophet Muhammad (saw) dedicated his entire life to spread the message of Allah. Prophet Nooh (AS) spent more than 900 years to do the same! Sahabas spent their entire lives doing the same. They did not spend their lives trying to gather Worldly goods as we do day. Our dreams are to have great lavish weddings, buy Ferraris, and own homes with Jacuzzis and saunas! They on the other hand travelled to far off lands, away from the pleasure of their own homes and families, putting their lives in danger…Why? To get closer to Allah, to prevent humiliation on the day of Akhirah (the length of which is equal to a thousand years!) and to attain Jannah. If we today would shy away from wearing just a simple piece of cloth to get closer to our creator, what league would we be in on the Day of Judgement when the punishments would be extremely harsh and we would have to account for all our actions. May Allah guide us all and help us in perfecting our deen. Ameen!

If you are interested in buying hijabs please visit this hijab shop. They sell high quality hijabs & hijab pins at very affordable price.

Kimberly Khan is a social activist, blogger & human rights campaigner. She has worked in IT security for several years and also has a Masters Degree in Business Communication and Ethics. She reverted to Islam couple of years ago after reading Quran and researching Islam for years. Islamic history and literature is another topic she writes about a lot. Currently she is working on Hidden Pearls of which she is also a co-founder.

Login to salahtimes using your email address and password.

Register as a new user

We Need Your Consent